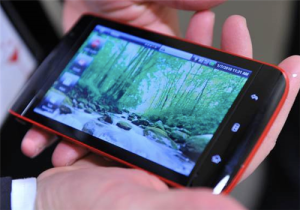 I got a new phone this week… OK… well… a huge slab of a device, but what a device.

It’s a Dell Streak, which is a mother of a 5″ screen yielding slab of technology – packed to the brim with goodies including a 5 megapixel camera with LED flash, HDMI output, and to top it all nicely it’s running Android.

Yes, I know it’s only Android 1.6 at present, but Dell promise an update sometime in August to 2.2 Froyo which backed up with the snapdragon 1 gig processor should make for some silky smooth apps.

Of course, I could have followed the lemmings down the iphone path, but then I’d be looking for phoneboxes all the time to make calls… although I did read a good selection of jokes via Twitter t’uther day…

and that, as they say, is your lot.