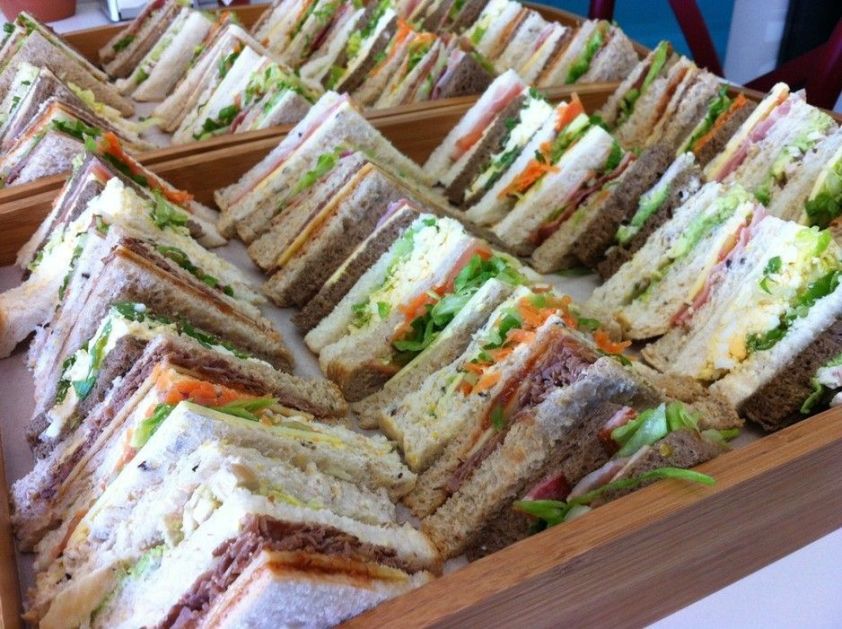 Mixing various sandwiches on a platter so you get the visually appealing mix of colour is an absolute delight to see, but every vegetarian, every Jew or Muslim, and every allergy sufferer just steadily shakes their head and dives into their bag for the emergency muesli bar.

I’m vegetarian. I don’t eat meat. I don’t really want my sandwiches to be bathed in meat sweat and juices. I don’t want cross contamination.

I have Muslim and Jewish friends. Pork to them is unclean. Random meat of indeterminate origin is not their bag. They usually take the vegetarian route where the meat is unclear, but when it’s all touched each other it’s not really fair. 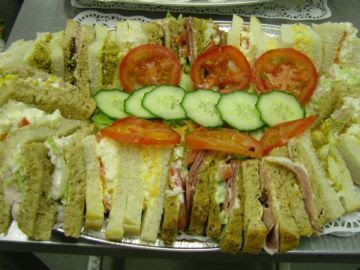 My wife, well she can’t eat sweetcorn. A hint of it sets off a bad reaction. She doesn’t want to go anywhere near the tuna and sweetcorn. That would be very bad.

Even the supermarkets do it, although they do now seem to offer a vegetarian version (some do, at least).

What’s wrong with a plate of each type of sandwich? Seriously? It’s not that difficult to do… You could even do us a favour and write on the edge of the plate in Sharpie what the sandwiches are. Takes the guesswork out of the meats.

As for the samoas and “random filling rolls”, well they’re just a minefield! It could be meaty… It could be people meat… You just don’t know.

At least quiche is a little easier to guess!

Until something changes, the tracker bars will remain on standby.