So I’ve joined Strangefish. It’s now public knowledge and has even appeared on a few prog news sites.

Tuesday night was my first proper meet up with the guys – after all I was staying in Bolton at the Holiday Inn (my FIA course location).

We had a meal and a drink, and chatted about the future. It’s looking good! 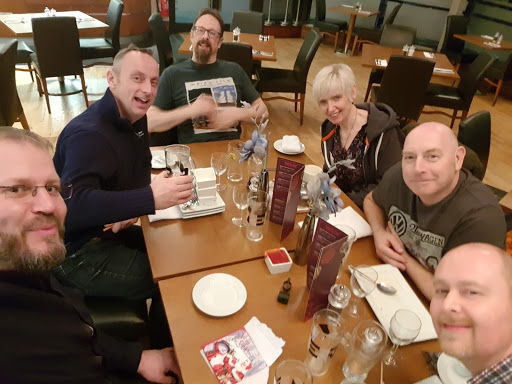 As for the course, well it was incredibly difficult I have to say – I do find the problem with the FIA courses is they are very lacking in course content so you can’t go in there pre-armed, all the content is cram learned in a day and a half.

I passed with a nice margin, although the group pass rate was less than 50%. I knew two of the guys would fail from the off. It was their dad’s company and I don’t think they were really interested in being there.