I thought it was time I did a decent progress update on the Strangefish stuff, after all, it’s now about a month since our first rehearsal.

First of all, full disclosure, this is honestly the most complicated material I’ve ever played. I’ve been in a prog band before (Manning) and his stuff was a doddle at the side of this.
I’m not Carl, nor am I Julian – I have quite a different style from both of the previous bassists and as such it’s going to have my personal twist whilst still being an honourable hat-tip to the previous guys, both of whom I admire greatly.
So, here’s the current state of play. 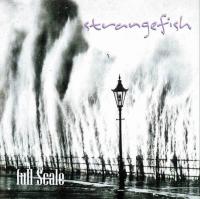 Full Scale
The songs I’ve learnt from the first album are
Shifting Sands & Turning Tides
Listening to Ghosts
Oceans Deep
Take a Holiday
The only real struggle I had here is because this is the band’s first full album and was obviously home produced the bass is sometimes unclear in the mix and occasionally I have problems picking out exactly what is going on.
As is key with all Strangefish songs, the cycle of fourths and fifths is a work of fiction. We have progressions based all over the scale, and in particular there is a common usage of a Root – Flat 5th which seems to be a favourite of the band, particular on this album.
My personal favourite on this album is Oceans Deep. Not only do I enjoy listening to it, but I find it really fun to play – and challenging. 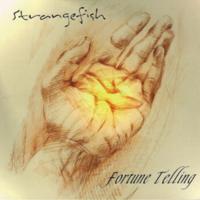 Fortune Telling
I’m automatically at an advantage here because the mix is so much clearer. I’ve learnt:
It Could Be Me
Keep the Exits Clear
Have you seen the Light
Ignorance of Bliss
Reflection This is me (I)
This material has a lot of repeated themes, then again it is a concept album so I’d expect that. Rhythmically it is more interesting than the stuff on Full Scale as there are a lot of “morse code” rhythms running through the album which makes it fun to play.
Personally, I love Reflection This is me. It’s just a great track and again, as per usual for Strangefish, the material totally ignores the cycle of fourths and fifths again and the key changes to wherever the hell it wants. I love that. It keeps me on my toes!

The Spotlight Effect
The newest album has proved the biggest challenge for me. We’re learning:
Progress in Reverse
Iconacon
The Spotlight Effect
Summer Slips Away
Up to You
A very different style of bass playing comes to the fore here. Carl’s style is very much more fluid and dynamic than Julian’s. Carl’s playing is very flambouyant, but it matches his personality. He’s very busy on the bass!
Any bassist who keeps a good solid rhythm and low end going is a good bassist, and both those guys are solid and keep the grounding. I wouldn’t put one above the other as it’s like comparing apples and pears. They are different and each has it’s own unique properties.
The main struggle I’ve had with the new album is just not knowing the material as thoroughly. It’s not been out as long. It’s been on the solid playlist in my van for a while now though and I’m really starting to get the feel for it.
As for which song I love the most? Well at this point it’s actually quite difficult to say. I love the writing and lyrics in Summer Slips Away, but there’s hardly any bass. On the other hand, The Spotlight Effect has some magnificent sections.
Final Conclusion
So with over 2 hours of music in the bag, we can really have a nice selection to pick from – although we do have to cherry pick down for The Robin 2 gig on 5th May as we don’t have a 2 hour set!