Again a hefty weekend. It all started on Thursday when I did my talk for the Astronomy Club. It was called “Take it to the bridge” and was all about movie and game fictional space craft and if their technology could work.

Friday was a long day of fixed wire electrical testing. A seven board job with poor paperwork so I had to do a major investigation.

The journey home was a two hour slog due to major traffic problems across the county after a fatal accident at junction 34 to 35 on the M1.

The planned Rock the 80’s rehearsal for that night didn’t happen as you can probably guess.

Saturday was Hannah’s auntie’s 70th down in Oxford. 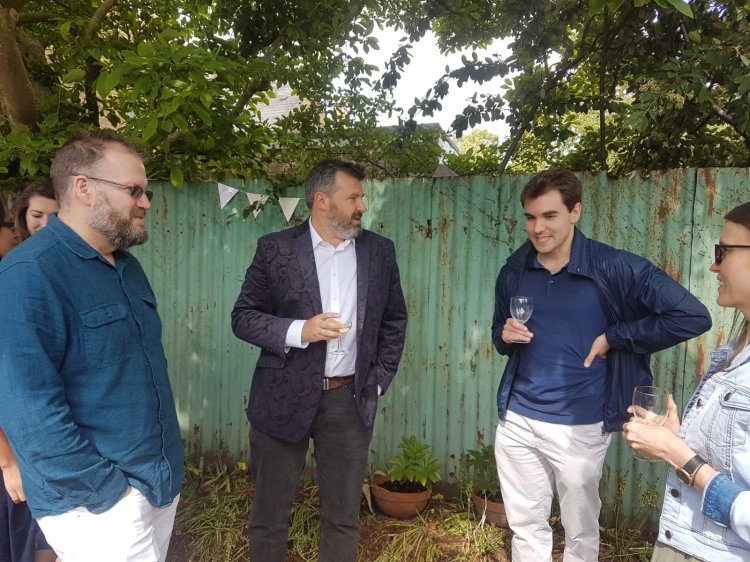 I wore white jeans. Then I remembered why I don’t often wear white jeans! Mucky arse!

After arriving home at after 9pm and going to bed later than planned I had to get up the following morning for the Strangefish rehearsal. 7:30am on a Sunday is quite painful…

Arriving in Bury for 10 we spent most of the day running through the new songs, plus we introduced three additional faces to the band – a couple who will be joining us onstage in July, plus Jake our sound engineer who will be sorting us out!

It was a hot sweaty day. We ate cake. We rehearsed. We went home.