We finally got Jamulus working and after showering (bike ride left me covered in mud!) I set up the PC and prepared for a rehearsal with the new project band (name to be decided).

I can’t believe how well it went! Apart from the lag, which to be honest you do adjust to, it was a really beneficial songwriting session. I finally got to contribute some ideas into the project including both rhythmic and chord progressions and we’ve pretty much structured the final piece at last.

I’ve already changed a couple of previously written pieces too (including adding a rather Sowetto feel to one of the songs – I do love the African and Caribbean rhythms). For Sowetto think Gracelands.

We recorded the session using the only inbuilt recording technology too!

We reconvene next week… Who knows what will happen then!

Bank holidays seem to have this strange ability to become two gig weekends, this was no exception. 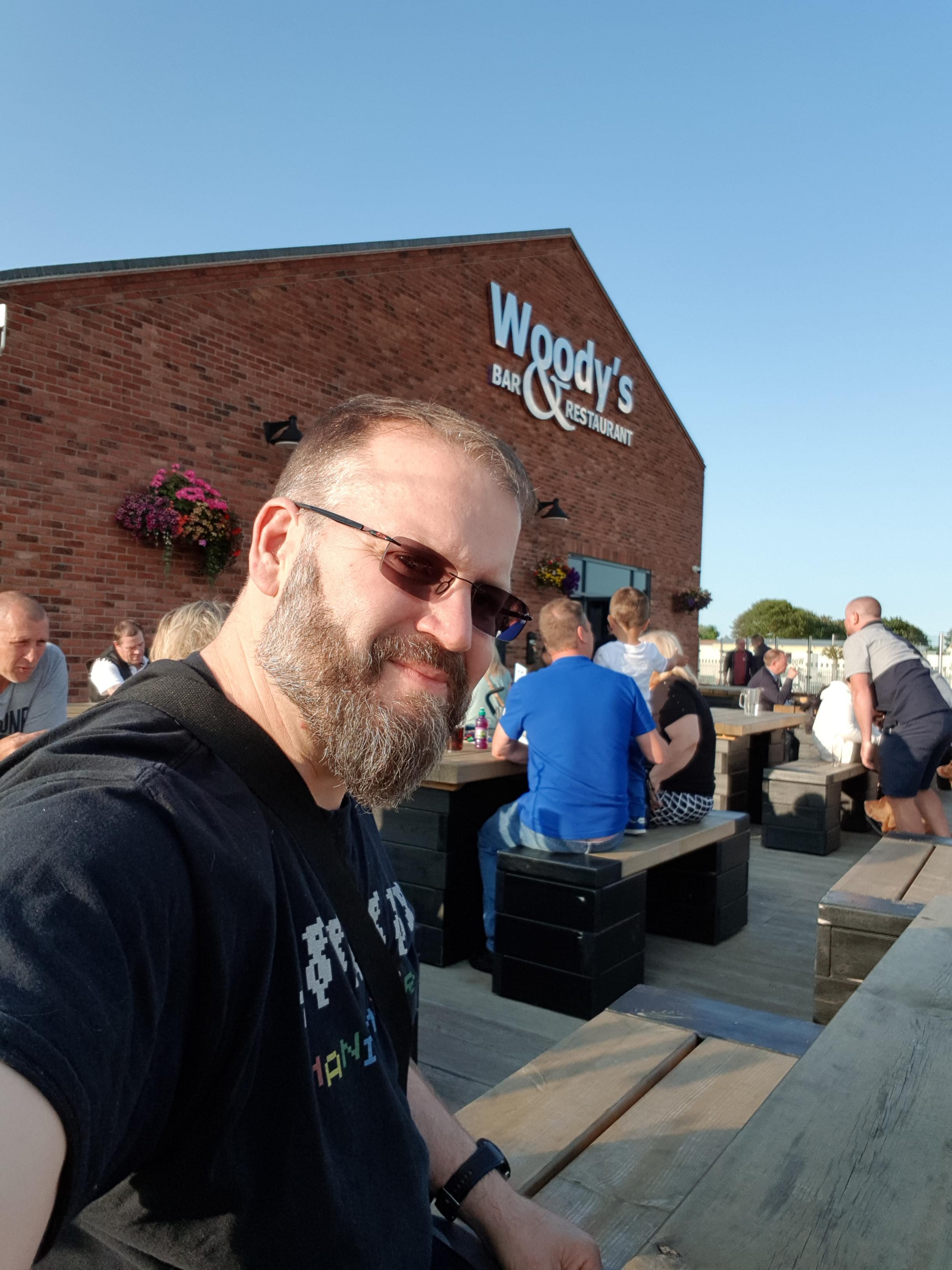 The weather was beautiful though, we sat outside until after 7.

The stage backdrop was rather cool.

A rather beautiful moon graced the sky.

Sadly, the respect we received wasn’t good. Firstly we were told to arrive by 6, and yet we weren’t allowed to set up until after the football had finished on the main stage screen.

Then, setting up behind the children’s entertainment was not entirely safe.

Finally, not being allowed to soundcheck until 15 minutes before stage time wasn’t professional.

I didn’t enjoy the gig.

Sunday on the other hand was a total flip. A great club, well thought out, decent staff, easy load, and customers who dance!

The journey up was fuelled by coffee. A big coffee.

The stage looked great lit by a star cloth.

First set. They don’t dance during the first set.

A much better experience which totally undid all the bad feeling from the night before.

So we played Blidfest yesterday. What a truly wonderful festival!

“The pub with a view” couldn’t be more apt to describe the Bird in Hand. The view from the audience could not have been nicer!

The festival ran a little late and our stage time was about an hour and a half later than projected, but it was all cool. The place was really nice to hang around and the weather was perfect.

Time for stage. Unfortunately at present there aren’t any onstage photos. 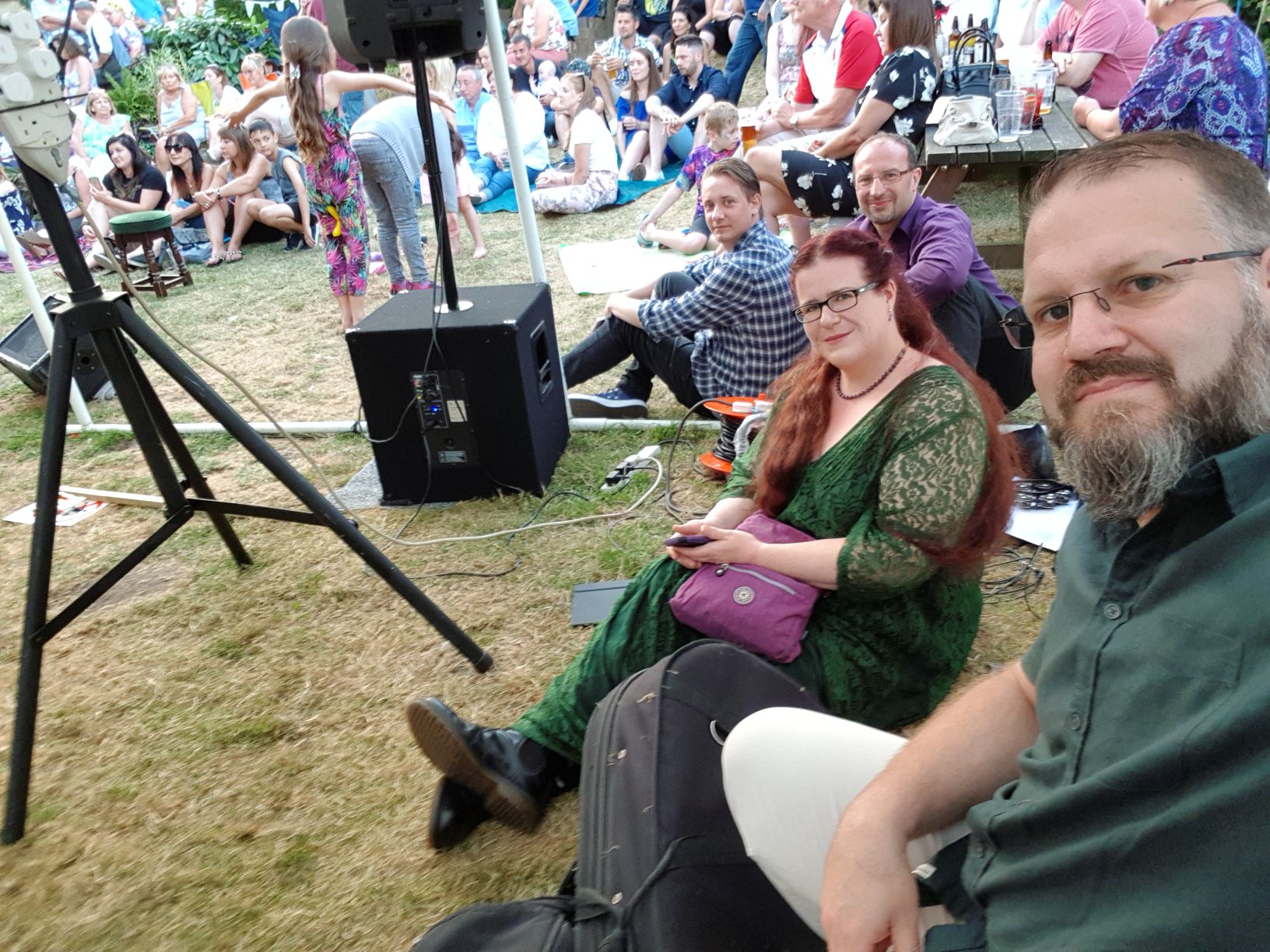 My bass gear needs a bit of TLC this summer.

My bass itself hasn’t been cleaned or maintained as well as it should be because we’ve had such a massive gig schedule; plus my case handle on the Warwick Thumb flight case is really badly broken and now hurts to carry the bass with.

My other case with the Rock Bass in it has all broken clips and gaffa tape really doesn’t look that good over them, although the bass itself isn’t too bad.

So… Plans… Stage 1 : The Warwick Thumb

1. Reposition and fit a new spring handle. Much comfier to carry long distances, plus I can balance it for the bass so it’s at the centre of gravity.

The next stage involves the Rock Bass and that’s next week. 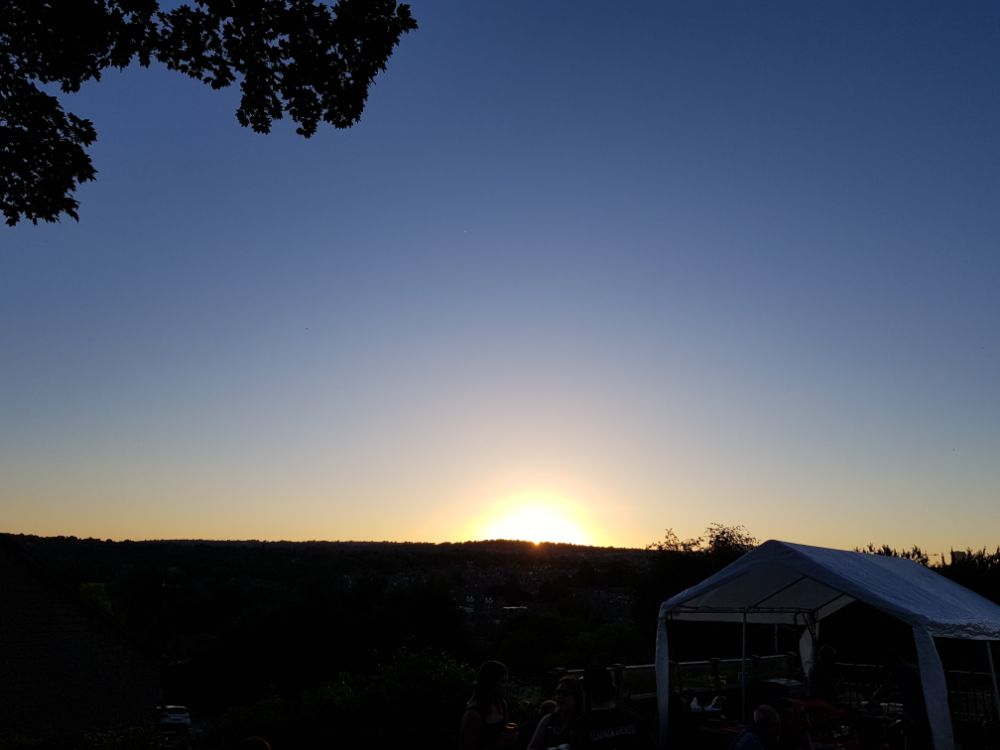 Ah the legendary load (photo from last time we played there). 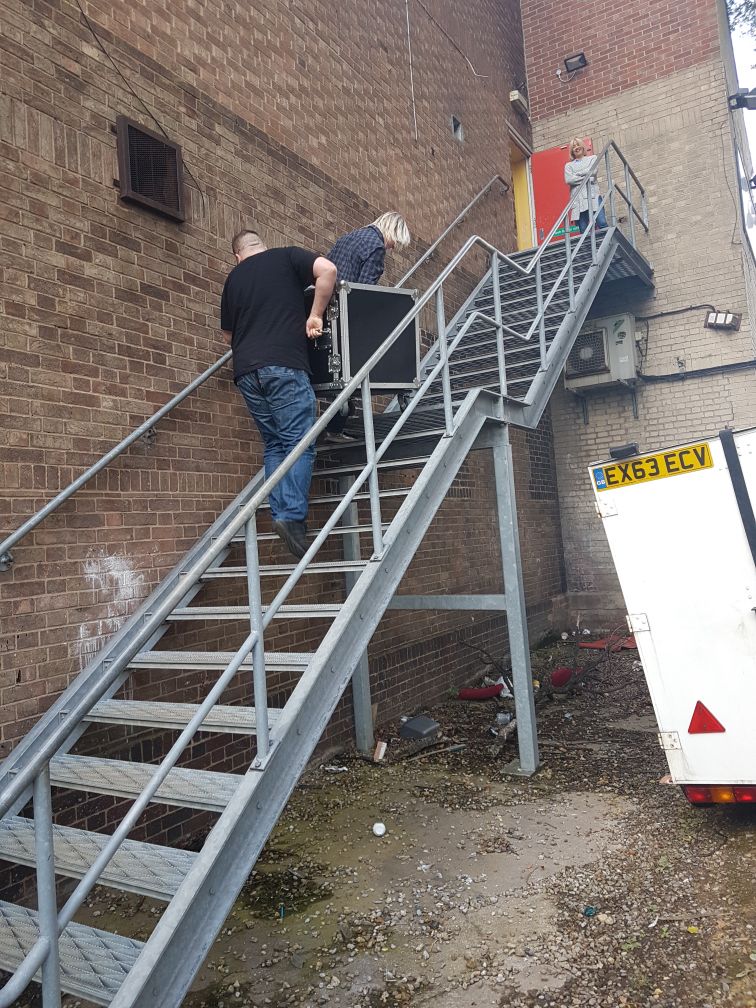 Cargo Fleet Club is a place hard emblazoned in the memories of all the bands who have ever played there. The steel fire escape; the rough gravelly ground at the bottom; and in the case of our band the 90 minute commute to get to the place.

Thankfully they wrap up the second set at exactly 11pm which does mean we can get on the way home before midnight.

A 70th Birthday in Bawtry for us here. Outdoors too (always a challenge to perform, but always fun).

Luckily the rain held off and we had a good event.

Google reminded me that I was on tour with Manning doing two gigs over in the Netherlands and Belgium.

So many good memories, although just after this amazing tour was the beginning of the end for me. Manning started to fall apart after this tour. Chris and Kev left; Steve the flute player quit to concentrate on his own band Molly Bloom, and a new old guitarist came in who I didn’t get on with; then my dad was diagnosed with terminal cancer a few months later.

A private booking for us last night. It was great but my old suits are really starting to fit me quite poorly now. 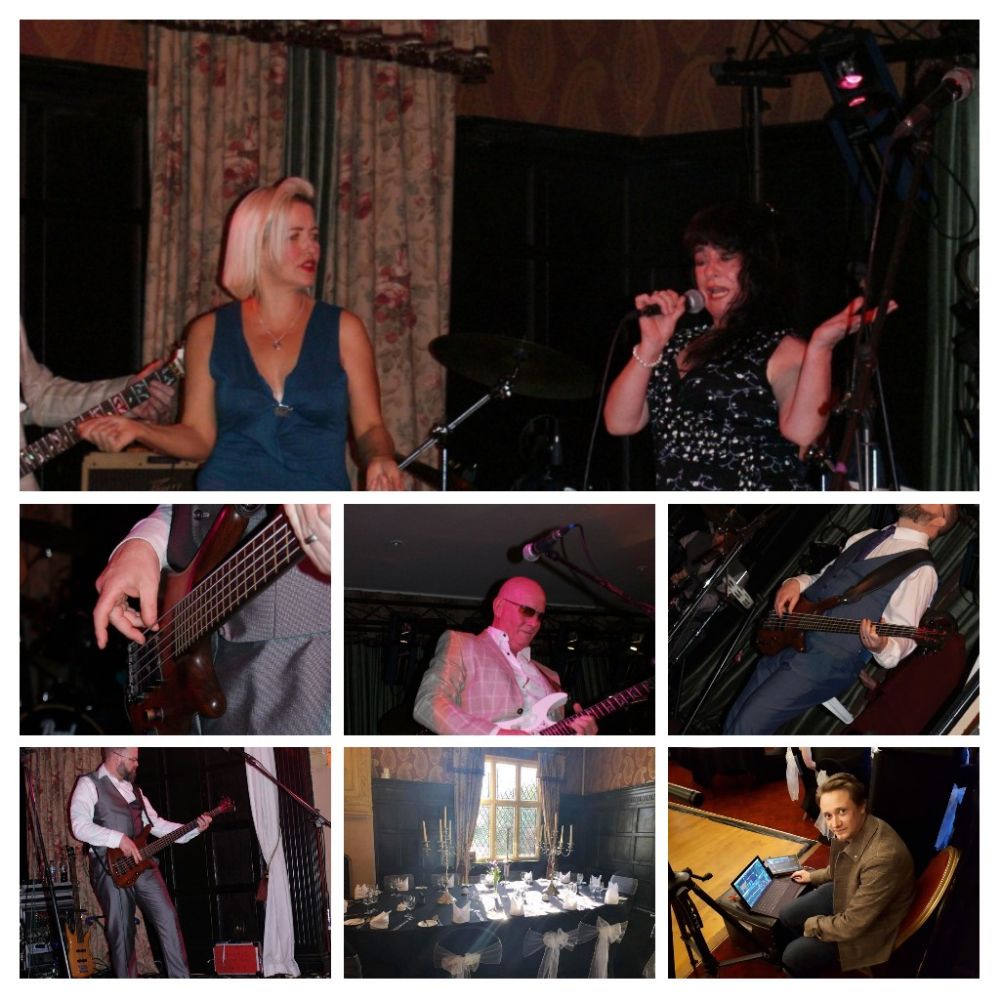