R J Forster on Flickr took this. I absolutely love it. Judging by the positions of my hands I think I’m playing the start of “It Could be Me”.

My third gig with Strangefish last night. It was a long day…

Freshly showered and breakfasted I set off – only to make much better time than originally planned. Aren’t the motorways dead on a Sunday morning (apart from the mandatory middle lane owner’s club).

My route took me down the M6 Toll… And since I was on the “posh road” I thought I’d call into the country’s most exclusive service area. Only because you have to pay a toll to stop there.

After a brief stop I carried on to The Robin, arriving there at about 10:15. The organisers and sound guys were already there so I loaded my gear in (my bass amp was being used for all bands).

The rest of the morning was pretty much spent waiting for the rest of the guys to arrive, and since we were partaking of a full soundcheck (our gear was being used by a few bands) we were rather lucky!

The rest of the day was pretty much spent fooling around and socialising, although I did have a walk into Bilston in an attempt to find a sandwich of some variety. I failed. It was closed. All of it.

Come 6 o’clock we started getting ready for our performance. That, of course, involved blowing up inflatables (we have a thing about inflatables in this band)

The gig itself was superb. I’m sure more photos will be coming soon, but for the moment all I have is a few camera phone ones. There were some seriously good cameras in there though. 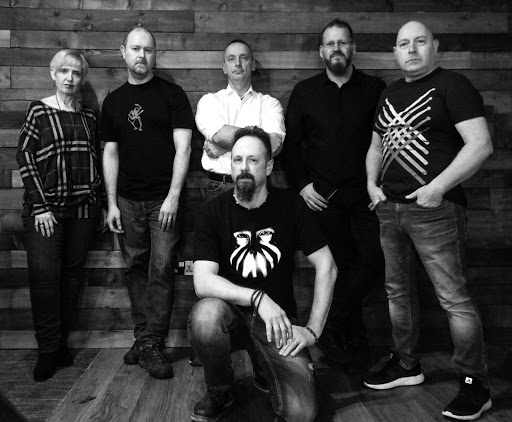 I’ve joined a third band! It was about a month ago when it happened but it started with a message and phonecall out of the blue… And ten minutes later I’m in a band!

A band I’ve followed for a long time have asked me to join. I feel very honoured, especially with how at the end of Manning I felt really low and quite depressed.

Last week’s FIA course in Bolton gave me the first chance to have a band meeting with them. I was staying in a hotel…

Facing a boring night ahead… Until I mentioned to the guys about it. They couldn’t wait.

At about 7 they arrived at the hotel.

We drunk… ate… and made merry.

Gigs and rehearsals were discussed, and I officially became the newest member of the band Strangefish

Google reminded me that I was on tour with Manning doing two gigs over in the Netherlands and Belgium.

So many good memories, although just after this amazing tour was the beginning of the end for me. Manning started to fall apart after this tour. Chris and Kev left; Steve the flute player quit to concentrate on his own band Molly Bloom, and a new old guitarist came in who I didn’t get on with; then my dad was diagnosed with terminal cancer a few months later.

Mostly Autumn – The Spirit of Autumn Past

Still their finest album, even after all these years.

In the early nineties a group of progressive rock fans formed a little known organisation called The Classic Rock Society, and lo, it was good.

People around the world joined because after all – no-one else would touch Prog with a shitty stick. Bands couldn’t get gigs because most venues wanted to put on the latest brit-pop soundalikes. We were all wearing pale coloured baggy linen suits with pastel shirts, and there were just three Star Wars films.

It was an unsure time for Music. The fledgling Internet was still running at clockwork speeds and MP3 had yet to become a buzzword…

The CRS (thankfully the appreciation bit was dropped because CRAS was just not a good acronym) continued to slog on with the likes of Martin Hudson, Jenny Allan, Paul Allwood, Terry Craven and a dedicated team of helpers making it happen. First at The Florence, and originally – one off – at The Montgom (before it shut, then reopened). Moving up to the HLC and then Oakwood… getting bigger… getting better.

Suddenly we were in Year 2000 and Prog was a word people didn’t mutter under their breath any more. We were all proud prog fans, flying our prog colours with pride. Wearing our prog T-Shirts without fear of our friends pointing and giggling at us.

Prog became fashionable in a way. Many venues around the country changed their colours and started accepting bands who had previously been told a definite NO, and the CRS started to struggle and flounder slightly as attendances dropped and magazine subscriptions fell. Martin’s constant ranting about it wasn’t helping – demoralising if you will… but we all slogged on and kept it ticking over.

Now, though, I fear for the future.

I’m watching new festivals crop up all the time and it should be a good thing, but it’s not. The problem is that many bands are now over-playing and are getting over saturated… soon the fans will become bored and will move on. I could name bands who have peaked and are now on the decline… we need some fresh blood coming up.

Hopefully the saviours of the prog scene (such bands as Riversea, DeeExpus, IOearth) will not go the same way.

So Progeny seems now to be occupying the space previously occupied by Rotherham Rocks (my birthday weekend – usually 2nd weekend in May).

I suppose we have to move on, but I do fear this is the end of CRS gigs in Rotherham as they begin to move down south, then again – if you live in Daventry, would you book your gigs in Rotherham?